The Consummation of Right and Wrong

by David First & The Western Enisphere 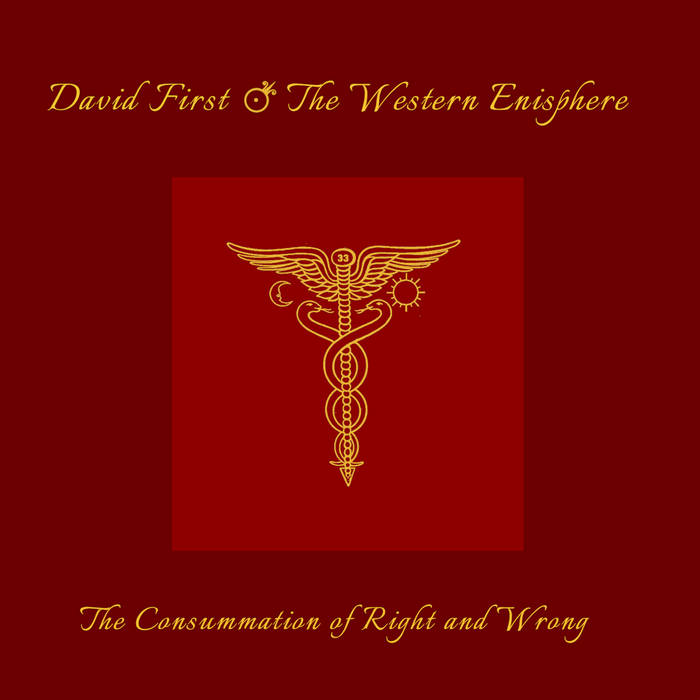 David First likes to use the phrase “the virtuosity of slowness” to describe his musical philosophy. In The Consummation of Right and Wrong, he and his 8-piece ensemble, The Western Enisphere, practice this virtuosity to great effect in closely examining the universes that fall between the cracks of convention, reflecting a wide continuum of complex relationships, all the while giving us music that is simply ravishing to listen to.

This is "drone music” as dynamic organism, moving from compact and ruminative to spacious and serene and back.

In this 3-CD, 2.5 hours of sonic tessellation, First has alchemized his own personal opposites like never before, combining and transmuting his free-jazz experience with avant-legend Cecil Taylor, his influential noise-rock & roll band Notekillers, his long-abiding love for minimalist, mathematical excavation on dozens of instruments, and a highly refined ear for pop-melodic architectures into a singular, epic set of vibrational possibilities that leaves very few stones unturned in his ongoing quest for the resolution of all extremes.

On previous releases by David First:

“Since the passing of Derek Bailey, no guitarist has subverted the purpose of the instrument as on this confounding and fascinating album”—Lars Gotrich/NPRMusic

“That record (Notekillers’The Zipper) was so heavy for me and Kim and Lee...They had a big influence on me...The music is way ahead of its time." —Thurston Moore /Phila. Inquirer