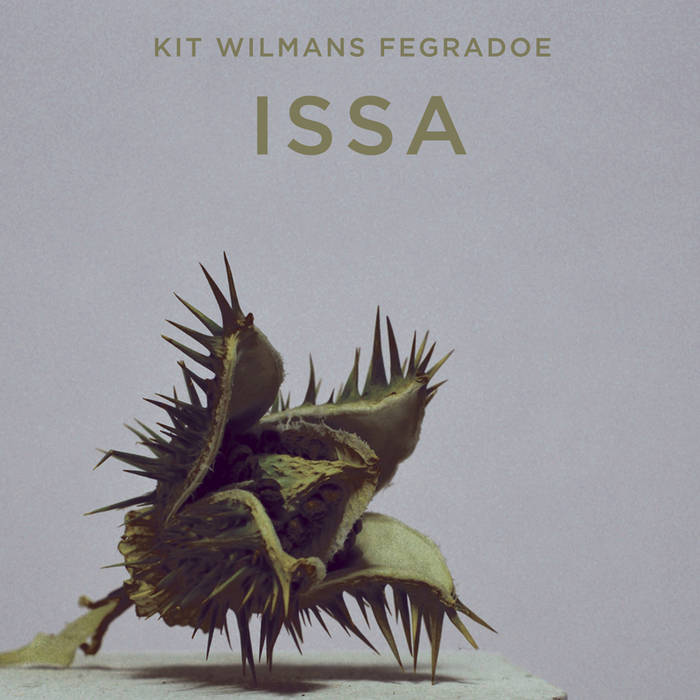 Issa is the debut release from Bristol based musician and composer Kit Wilmans Fegradoe. The magic in Issa comes from Fegradoe's powerful exploration of emotion and sensitivity, which leads to a deeply personal and revealing listen. The work evokes the scale of Michael Stearns compositions for film, whilst eliciting a minimalist undercurrent throughout. The album is sculpted from guided improvisation sessions in the studio with fellow musicians, traversing around the narrative of Issa, a young transient Jesus Christ.

Issa follows the Eastern version of the lost years of Jesus Christ. Known as Issa in the East, it's believed that at the age of 13 he travelled away from his home, in search of understanding different cultures. Studying various religions and philosophies, he gained insight beyond that which he had been taught and would teach those around him as he lived and travelled nomadically.

The albums narrative was built upon a wide variety of literature on the subject, whilst maintaining the hypothetical nature of the story. The intent here was to explore the unknown narrative, one barely touched by scholars or musicians, to understand a different version of a person who has become a beacon of hope for many, and a vehicle of religious hypocrisy for others.

Kit Wilmans Fegradoe has been playing and composing music of all kinds from a very early age. Brought up with an open musical ear, he learnt to play a few instruments before moving into electronic production. After releasing free material and experimenting with narratives and electronics, he went to study Sound Art & Design at Degree level in London. Years of investigating and experimenting with various spiritual ideas and religions finally melded with his music when he decided to make the album Issa. He currently resides in Bristol, UK and is 23 years of age.

"I invited musicians into the studio and they improvised around the narrative, often guiding them as they went. I took these recordings home and reformed them to create compositions. I spent a year alongside the recording and composition process visiting Churches and Buddhist Temples, reading Buddhist and Hindu philosophy and experimenting with Eastern instruments.

I hope for people to feel things that he might of felt during his journey. To approach a version of his story without prejudice and to experience a musical interpretation of the founding years of a person so iconic yet so mysterious." Kit Wilmans Fegradoe