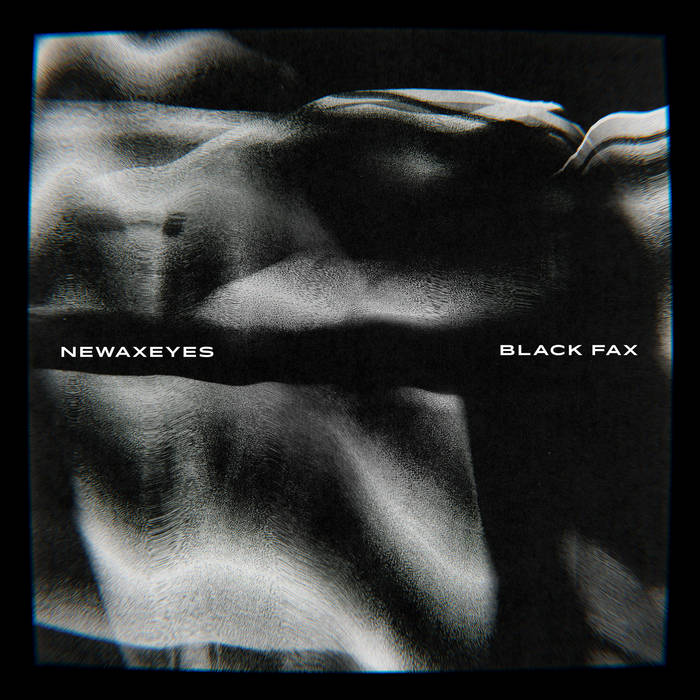 "Much modernity is conspicuously missing human interaction in favor of mechanized precision. The mistake that processing power can equal conceptual depth or the true poetry of natural law. It is nice to know that a band like Newaxeyes exists as an interference pattern in the ubiquitous grid of complacency in electronic music. Favoring the kinetic movement of interaction, air, chance and molecules over the solitary knob turn of social media infused musical algorithmic oppression....Newaxeyes are out to breathe life into their wires." Randall Dunn

Seattle's NEWAXEYES plays with tensions and contradictions. Merging dark electronics, crystalline guitar melodies, pummeling beats and samples to refract the volatility, paranoia, and catharsis of the post-Information Age, the band spins carefully orchestrated and recklessly warped instrumentals into something entirely their own.

Their debut album, BLACK FAX, recorded live to tape over the course of two days and produced by Randall Dunn (Sunn O))), Earth, Wolves In The Throne Room), is a testament to the band's genre-agnostic approach to music. A quartet of skilled multi-instrumentalists, Jordan Rundle (Bass/Synths/Sampler), Bret Gardín (Electronic drums/Synths), Tyler Coray (Guitar/Sampler), and William Hayes (Guitar/Synths), draw inspiration from a wide variety of places and seamlessly merge them into songs that are as abrasive as they are cinematic.

Opening song "False Flag" samples vocals from dozens of conspiracy theory videos, unrecognizable as they are seamlessly woven through soaring guitars and a glitchy drum machine. "Dennis" is an example of the way the band is adept at mixing textures, moods, and instruments to create something that nods at the band's eclectic list of references while being simultaneously unique. Parts of it could easily be used as a thumping beat-driven background to a hip-hop song while others are downright ambient, blending post-rock sensibilities and a strumming guitar line. "At Blood's" serves as a slow meditation between the punching percussion that drives the rest of the album. With guest vocals from composer/vocalist Hanna Benn recorded in a cavernous gutted stairwell and distorted over a droning synthesizer, there's a hint at the dynamic abilities the band is able to pull from.

Since forming in 2013, Newaxeyes has pursued a diverse range of projects within and beyond a traditional band structure. Versatile performers with backgrounds in modern composition, sound design, film and visual art, their wide-angle vision has encompassed various multimedia projects, art collaborations, and large-scale works - including 2015's The 8th Passenger, a 2-hour-long live rescoring of Ridley Scott's 1979 sci-fi horror classic 'Alien', performed to a sold-out theater.Members of Newaxeyes have toured as live keyboardist of Wolves in the Throne Room, recorded guitars on the newest Myrkur album Mareridt (2017, Relapse Records) and contributed electronic drums on post-punk pioneers Sort Sol's Stor Langsom Stjerne (2017, Sony). If Black Fax is anything to go by, Newaxeyes is sure to carve out something all their own in the coming years.