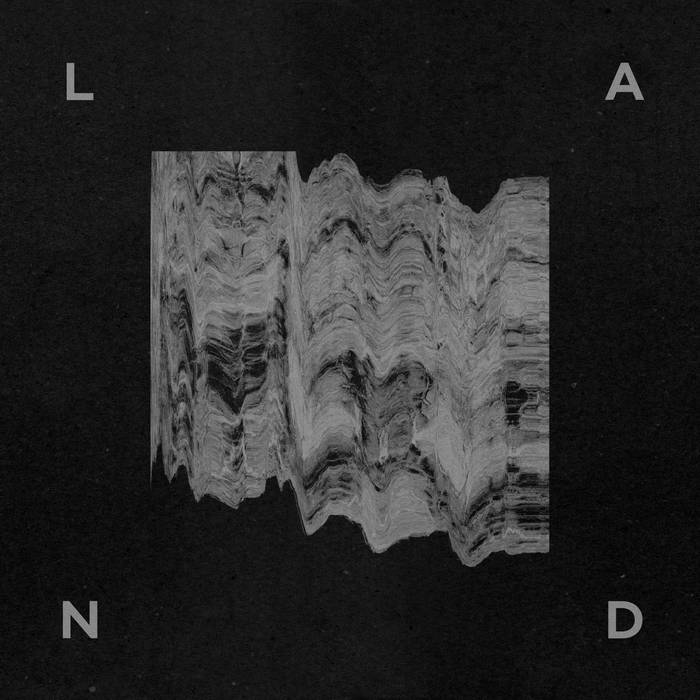 The second L A N D album, Anoxia, sees Daniel Lea return alone with an outing that marks a shift from the industrial inflected jazz-noir of the previous album into distinctly new terrain. And while Anoxia means the total absence of oxygen, in Lea's hands it heralds aural environments that are full of the dreams of man that may well be devoid of his living presence. As we all know, the anthropocene era in which we live has many manmade monuments that add up to a total presence we will leave behind: the labyrinthine arrangements of Lea are a soundtrack to such a world, one without man that is nevertheless a world fully marked and constructed by him.

From the very first moments of the pummeling djun djun skins and the growing bowed roto toms of Labyrinthitis, the direction is one of a more radical constructivist sound rooted in modernist architecture. Lea creates an architectonic landscape, one that places the listener in an environment they alone seem to inhabit. Having elevated his practice to the point where he cleaves space sonically, with Frost the perfect man to mix such spaces. The results are visions of a Brutalist world slowly decaying, but with the mellifluous harmonics of vegetation and fluid matter entwining themselves amongst the ruination.

By the time the track Seconds comes around with its shimmering, accumulating aluphone and ascending use of fermata, you feel like perhaps you've awoken in a new dawn, before the bass and cymbals signal a fire drill or an evacuation. The eponymous movie from 1966 by John Frankenheimer comes to mind, in which a man is given a new identity, only to descend into a paranoid world of apparent illusion and subterfuge. If this is a new dawn after the preceding track Metamorphosis, the chance for a second life, it is one in which the body and its functioning can be reborn but in which the spirit remains suspended, reduced to a limbo world. With Drop City we seem to enter a metropolis of steaming fogs that engulf submerged engineering works: a drowned world of rampant chaos slowly, tentatively, overtaking the geometric order of streets and buildings.

Other tracks rise up like towers in a city stemming from the metallic chimes and structured percussion, we have visions of the Balfrun Tower or the Genex Tower, but that is not to root this to geographical real world locations. Anoxia may well be in a time outside of time. A Ballardian imagination is opened up that allows the inverted dreams of the mind to fuse with a recognizable reality: black can become white, ruins become homes. On the title track Anoxia, cello harmonics swing their head and screech like prancing komodo dragons, marking the entry to the final track, the End Zone, where Lea carries out his own initiation ritual, a dance between those edifices left beneath the growing millennial weeds and forests. Monuments that will long outlast their creators.

Composed and Produced by Daniel Lea. Mixed by Ben Frost at Greenhouse, Reykjavik. Mastered by Rashad Becker at D&M.